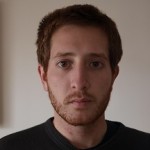 I’m a 28-years-old mechanical engineer, eager to work, to produce and to learn. I consider myself as a practical-minded person, always trying to find the best possible solution in any situation. I like cooperation and communication and I see competition as an opportunity to evolve myself, to gain knowledge and experience.

1) Diploma of Mechanical Engineering (Master degree equivalent) from National Technical University of Athens-Greece.
In the third year of studies I followed the energy sector of the school. I drew up my diploma thesis under the title “Simulation and comparison of thermoelectric power plants using oxy-gasification with or without addition of methanation process” under the supervision of Prof. Emm. Kakaras, who’s the director of the laboratory of Steam Boilers and Thermal Plants of NTUA. Furthermore I participated as a co-author in the scientific article for the special Issue of Elsevier Energy “ECOS2011” under the title “A modeling evaluation of Synthetic Natural Gas production from different coal gasification processes“.
2) Graduated from the 2nd Senior High School of Kesariani (Attica) with honors
3) I’ve the “First Certificate in English” in Cambridge University
4) I’ve the “Zertifikat Sprachdiplom Deutsch” in Goethe Institut Griechenland.
5)Attended in the “RENES 2010 , 4th National Conference: The application of Renewable Energy Sources in an ambitious and reliable national master plan.”
6)Attended the “Safety4Sea 2012 – Energy Efficiency Forum ( on Eugenides Foundation Athens)”

Internship in the machining workshop of ship spare parts
As greek maritime remains a constant value to the greek economy and prestige, I chose to learn about the reconditioning and repairing of ship spare parts, such as piston crowns, cylinder covers, valve spindles etc. all based on specifications and manufacturer’s drawings and certifications.

ENGINEER – MINESWEEPER at Hellenic Army in the Minesweeping Batallion Nov. 2010 – Aug. 2011
Trainee as a landfield minesweeper
At first I was trained as a military engineer in the Military Camp of Engineering in Nafplion, Argolis. I learnt ways of landscape camouflage, usage and maintainance of my rifle, discipline and obeying orders, co-operation and comradeship on the main goal. I was also trained to built personal defensive trenches and improvisations for defensive purposes. In the Minesweeping Batallion in Acharnai, Attica, I continue my training with explosive devices on building and disarming them, searching for mines and clearing mindfields. I was also responsible for guarding the buildings day and night from any possible intruder.

Trainee Mechanical Engineer, Co-generation Plant (Co-production of heat and power)
Introduced to the world of heavy industry. Learnt the use of heat for the production chain of Alumina and ALuminium. Learnt the co-generation plant and worked in the control room. Cooperate with the permanent staff to synchronize the control of the plant. Elaborated a report on a heat exchanger, a presentation on the Clausius-Rankine cycle of the plant and a record of the pumps and pumping systems of the plant. Also, participated in the maintenance and service processes.

Assistant in advertisements and promotion office
Responsible for the research of possible local stores and businesses to be advertised from the magazine. Developed communication and organizing skills by arranging meetings and promoting the magazine. Persuading the costumer to become partner was the most important issue in this position. Responsible for the contract signings and for the payments levying. Cooperation either with the editor and manager or with the rest of the staff was essential for the coordinations and additional information needed to be taken.

Indoor and outdoor reasearches
In indoor researches there was a variety of topics for research, such as political, social, market and specially designed researches. Because of the impersonal contact with the unknown public, more special talking skills needed, like politeness, patience and insistency, elocution, fluency in speech, calmness and sometimes humor to become more friendly.
In outdoor researches, due to the direct contact with the public, the appearance was the most important matter. Friendly and polite approach of the people was essential, along with the quickness in filling the questionnaires. Strict keeping on schedule and physical endurance were also achieved.

Operator in the Telegraphs department
Received phone calls from the costumers and typed the telegraphs. Printed the telegraphs and folded into the envelope.
Operator in White/Yellow Pages department
Search within the whole database to find the exact information needed by the costumer, such as telephone numbers, addresses, names, brandnames, mobile phone numbers, all-night services, hospitals, civil services, cinema information and many more. Also helped updating of the hospitals database.
In both departments the speed and the accuracy of information provided, politeness and quick thinking were the key factors.