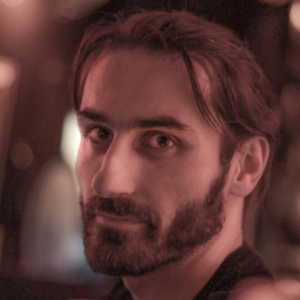 Panagiotis Petrou is practicing the art of graphic design, videography & photography for over a decade. His started his career in 2005 in Graphic & motion design section. In 2009, he got involved in many video advertising projects and he combine his graphic design and video/photo skills (editing, post, shoot) to enriching his portfolio also in videography. In the beginning of 2011 working as freelancer along with photography, he started to self direct his first projects. In 2012, he joined the DesThess Production team, where they managed to make a mini documentary series for a National TV Channel (ET3). Later on (as DesTV production), he became an Art director, most important projects was the productions (2) of Thessaloniki 2014: European Youth Capital City advertising commercials especially for the opening of Thessaloniki Film Festival. Among other activities he cooperated with the Non Governmental Organization U.S.B NGO as an instructor (camera, video editing) in the EVS seminars. Now, he is a founder member of Dust Go Creative, a visual communication office, as a manager in the Videography section.